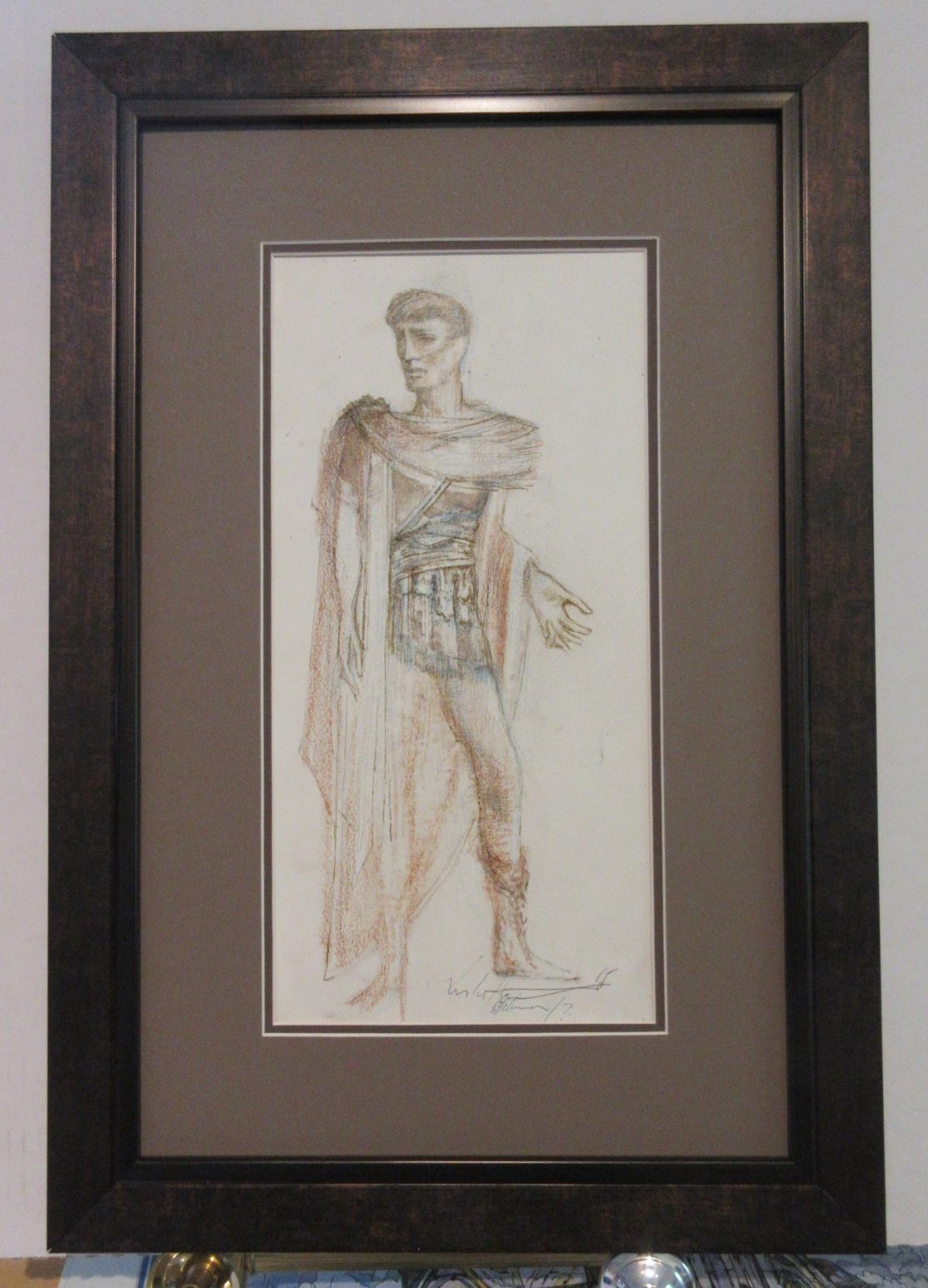 William Hutt was set to play Octavius but was given the plum role of Brutus, before the production started. Lesley Hurry, noted this with a question mark, near his signature.

Stage designer and painter, born in London, where he died. In 1925 joined St John’s Wood Art School, where he remained two years, then won five-year scholarship to Royal Academy Schools. His early professional work involved murals in his father’s house and decorative schemes for a firm of brewers in their public bars. Then painted landscapes in Britain and Ireland which led to a first one-man show at the Wertheim Gallery in 1937. 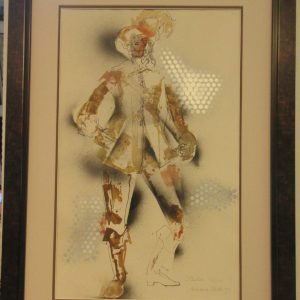 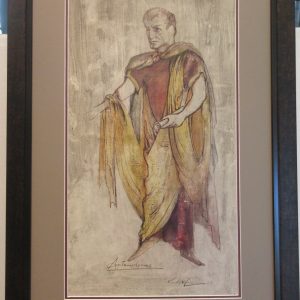