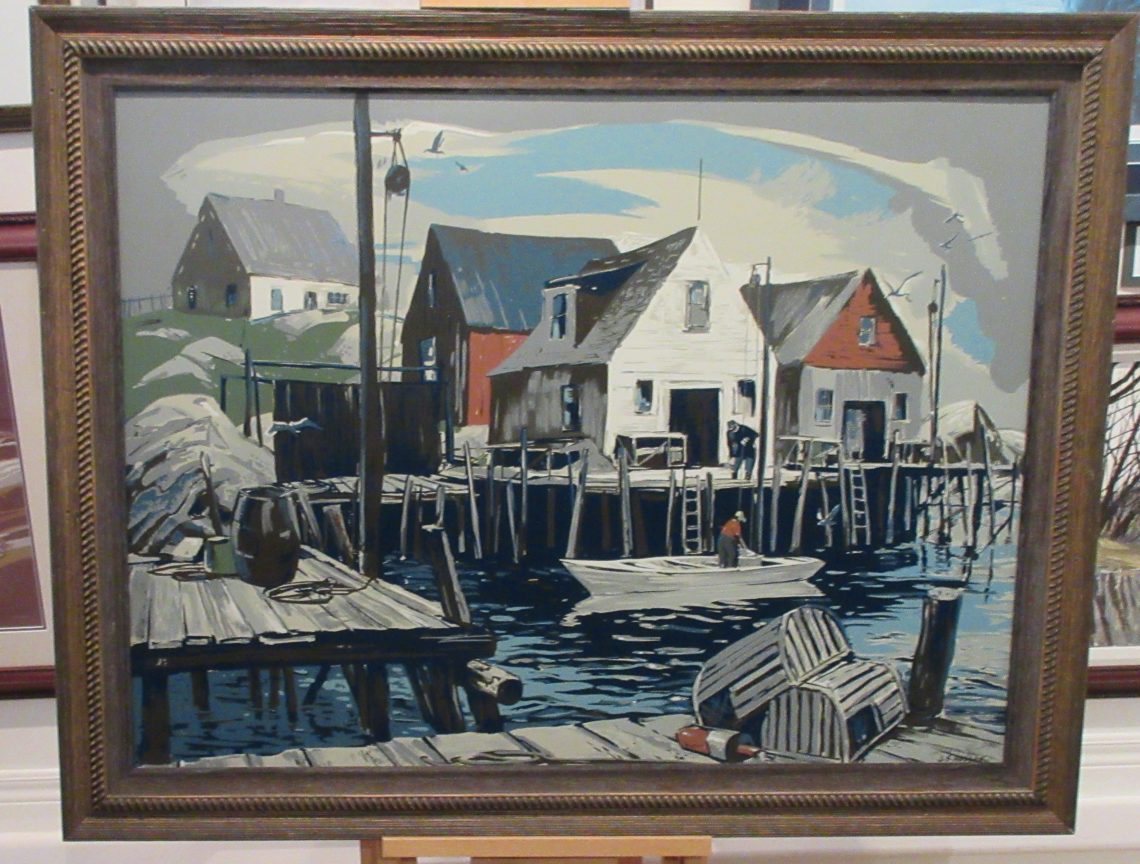 Joseph Sydney Hallam was born in born in Manchester, England, and moved to Canada with his family at age 12.

J.S. Hallam studied art at the Hamilton Technical School, the Toronto Central Technical School and at the Ontario College of Art, where he was taught by J.W. Beatty. He also took private classes from other artists.

The artist took a job with the Toronto printing company Sampson-Matthews Ltd. around 1921. This association would continue for years, and several J.S. Hallam paintings were reproduced as silkscreens by Sampson-Matthews during the heyday of its Canadian art project from 1942-1963. See blog post on Sampson-Matthews project.

J.S. Hallam had a strong interest and talent for graphic design and illustration, as well as painting.

Paintings he did of Canadian historic sites and villages were displayed at the Canadian National Exhibition, Gallery of Little Pictures, and reproduced in the magazine Canadian Homes and Gardens.

A religious poster J.S. Hallam created in 1925 took first prize in an international poster competition and it was reproduced on billboards across North America.

In the 1930s, the artist was working in watercolour, and was a member of the Canadian Society of Painters in Water Colour. He was also a member of the Ontario Society of Artists (serving as president in 1948) and the prestigious Arts and Letters Club of Toronto.

J.S. Hallam was also co-worker of Group of Seven member Franklin Carmichael at Sampson-Matthews, and the pair also sketched together.

In 1942, A.Y. Jackson gained the support of the National Gallery of Canada to reproduce Canadian fine art in support of the war effort, with Sampson-Matthews to use its relatively new silkscreen production process.

J.S. Hallam’s The Plowman was produced in June 1943, followed later by Log Driving in 1947 and Cape Breton Village and Indian Harbour, Nova Scotia (Fishing Houses), both around 1950.

J.S. Hallam considered himself first and foremost an illustrator in advertising and made his mark in this field. Some paintings in this vein have included a nurse giving a patient medicine in hospital and a worker putting a sign up outside a doctor’s office.

During the 1940s, besides working at Sampson-Matthews, he taught nights at the Ontario College of Art. He became an associate member of the Royal Canadian Academy in 1943 and a full member in 1950. 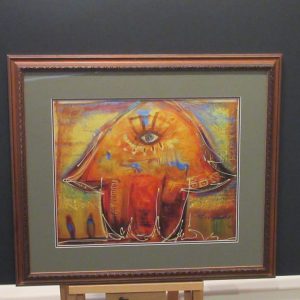 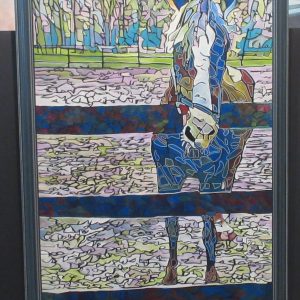