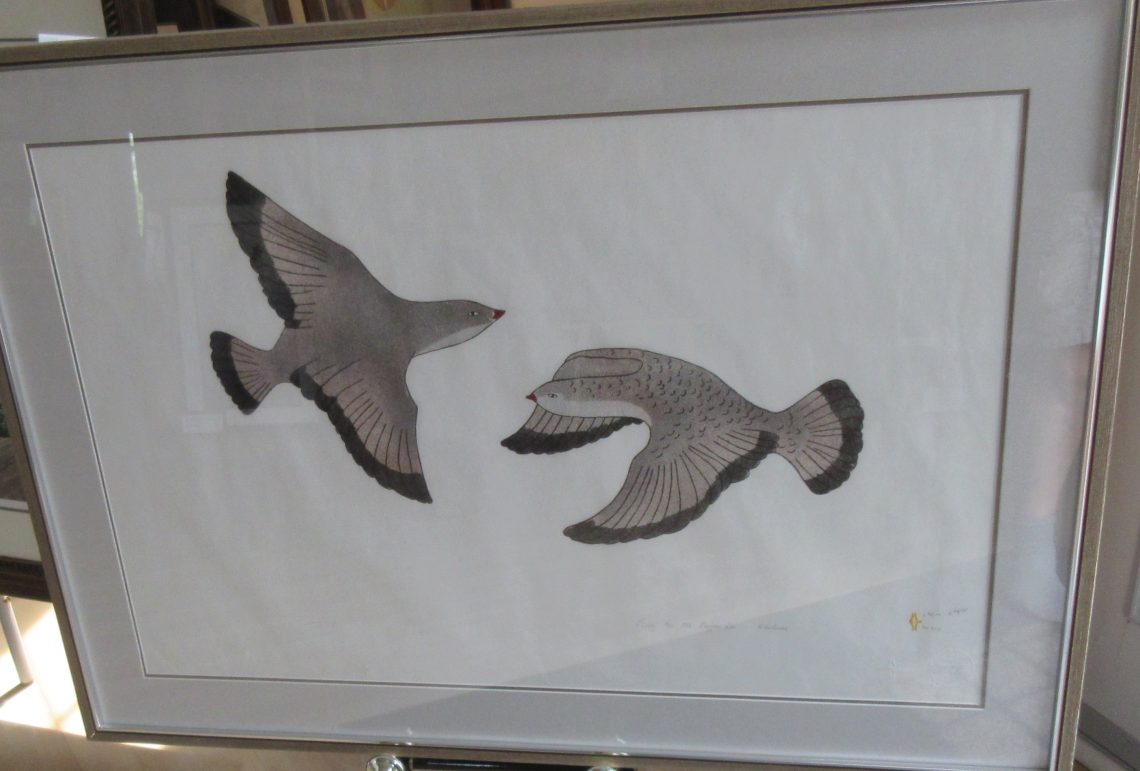 Marjorie Esa was born near Iglulik and adopted as newborn child by Louis Tapatai and Hahha Siksik who were living in the area near Baker Lake. Tapatai worked and travelled regularly with Hudson Bay Company traders and therefore Marjorie grew up in close contact with both her Inuit traditions as well as with Euro-Canadian influences that were later introduced in the Arctic culture later. In the 1950s and 1960s while Esa was a young adult, Baker Lake grew rapidly with starving and sick Inuit from the surrounding area being relocated to Baker Lake by the federal government. It was during this time the federal government introduced experimental arts and crafts projects as means to encourage new local economy and Esa was one of the first ones to respond to this opportunity. She began making soapstone carvings and miniature artifacts as well as wool duffel wall-hangings. However her favorite medium was drawing.

Esa Developed her own graphic style and her drawings are among the most naturalistic of those created at Baker Lake during early years. While sometimes she draws imaginary figures from her mind, she more frequently concentrates in observed reality. Esa favors birds and fish singly or in flocks and people as subject matter for her art. She mostly works with colored pencil with soft colors frequently blending one color into another with subtlety to imitate the appearance of light falling across feathers of birds or scales of fish.

Esa’s drawings have served as the basis for 16 prints produced at Baker Lake’s Sanavik cooperative between 1971 and 1990. She was also involved in the printmaking shop aiding in the production of the 1983-1984 print collection 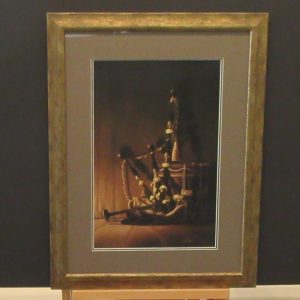 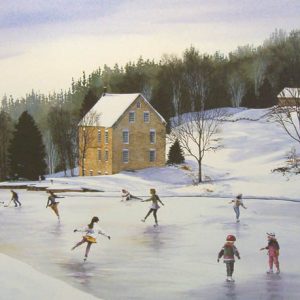