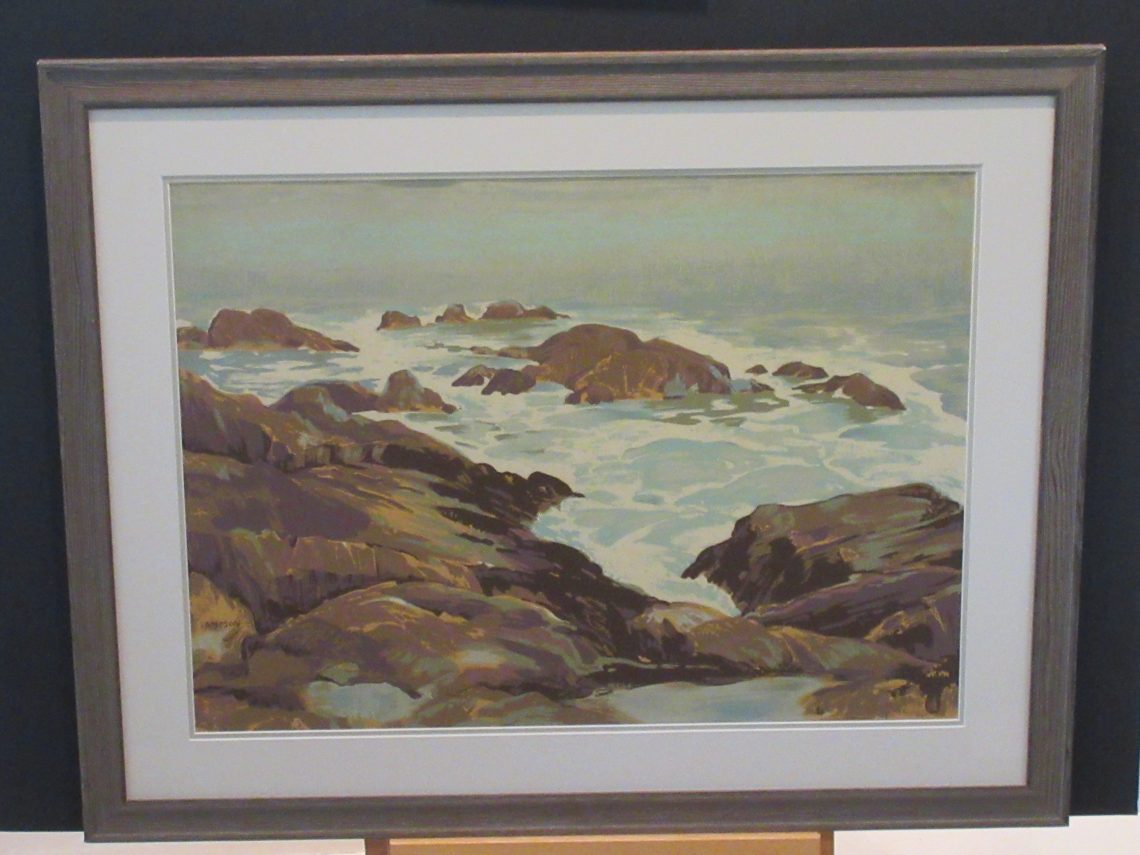 Born in Liverpool, England, Canadian artist Joseph Ernest Sampson was the eldest son of William Sampson, a superintendent engineer of Canadian Pacific Steamships. He received his early education at the Liverpool Institute and later at the Liverpool School of Art, winning many honours, including the South Kensington Medal and Scholarship for figure painting.

He came to Canada in 1909, before once again receiving praise while at the Académie Julien in Paris, the Grand Chaumière, and Colarossi Academies. Returning to Toronto in 1913, Sampson became the Art Director at Stone Limited (later Rolph, Clark, Stone). It was there that he met Charles Matthews, with whom he formed Colour-Craft Sampson-Matthews Limited (later Sampson-Matthews Ltd.) in 1918.

Sampson was the senior partner and President of Sampson-Matthews Limited, which produced Canadian artists’ scenes of Canada in association with the National Gallery of Canada, among other projects. Art works were reproduced using the silkscreen process and sent to bases, hostels, and offices of the Canadian forces at home and abroad during World War II, and were later made available for purchase by the public.

In his own work, Sampson became known for his portraits, figures and landscapes depicted using both watercolour and oils.He painted various pictures for the Canadian War Records and War Savings Drives, including a portrait of Lieutenant General G.L. McNaughton and ‘Armistice Day Toronto’. He painted portraits of the Speakers of the Ontario Legislature, the Honourable Norman Otto Hipel and the Honourable James Howard Clark.

In ‘Gaspé’, and Misty Shore, a vibrant landscape reminiscent of Fortin, Sampson places us near a small village with a grand view across a large lake to the distant hills. The upward thrust of the hills is mirrored by that of the clouds, and in the same hues of blue and green. One can feel the power and beauty of the landscape intruded upon only by a few simple structures. 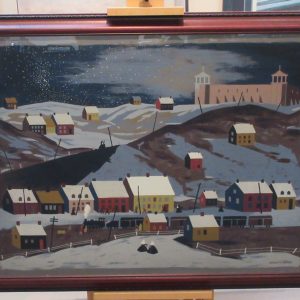 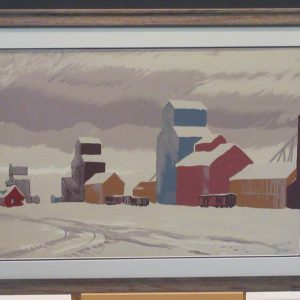