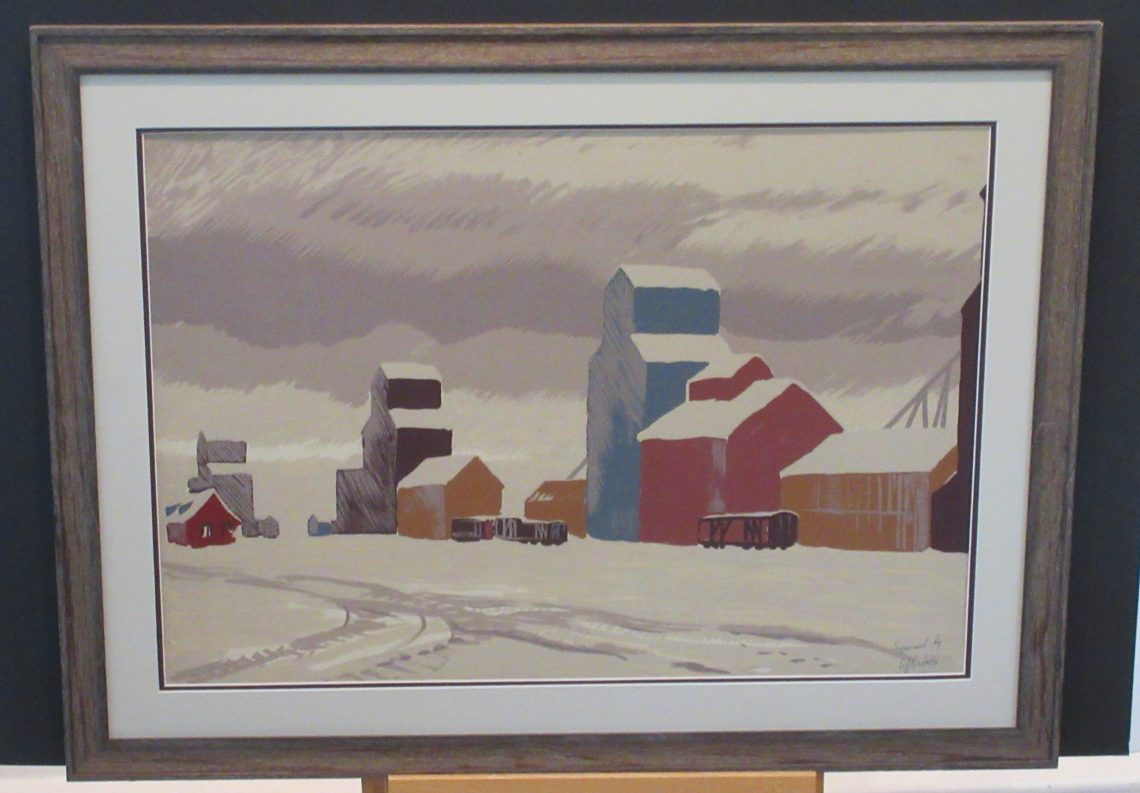 Born in Wales, Canadian artist Arthur John Ensor studied at the Accademia di Belle Arti in Florence, Italy. He then studied in England, at the Polytechnic School of Art in London and at the Royal College of Art, before graduating with two diplomas; in Mural Painting and in Art History, from the University of London.

From 1930 to 1931 he worked as an artist for the Empire Marketing Board in London. After a trip through Africa, Ensor returned to London, where he worked as an industrial designer for Imperial Chemical Industries from 1935 to 1937. In 1939 he visited family in Victoria, British Columbia. He stayed there to paint before returning to Europe, where he was an official War Artist until 1946 for the British Ministry of Information.

He returned to Canada in 1948, settling in Toronto where he established his office, the Ensor Industrial Design Association. In 1964 he moved to Ottawa, where he became a design consultant for the Department of Industry, Trade and Commerce, and was also a co-owner of the Wells Gallery.

In 1967, ‘Summers Store’ was chosen for the 50 cent stamp to celebrate Canada’s Centennial. Here, Ensor depicts the snow covered rail alongside grain elevators, those ubiquitous prairie icons, their bright colour muted by the prairie sized grey sky. The Victoria Daily Times remarked that it was “…a little surprising to find that an Englishman has expressed Canada in paint with such vigor and sense of vastness, a feeling for the character of the country, its people and activities, scarcely excelled by any native born Canadian.” 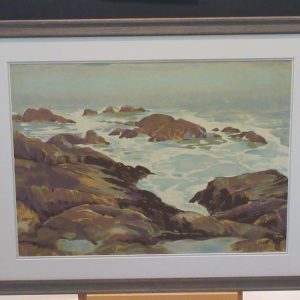 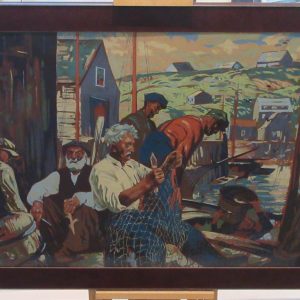 Veterans of the Sea